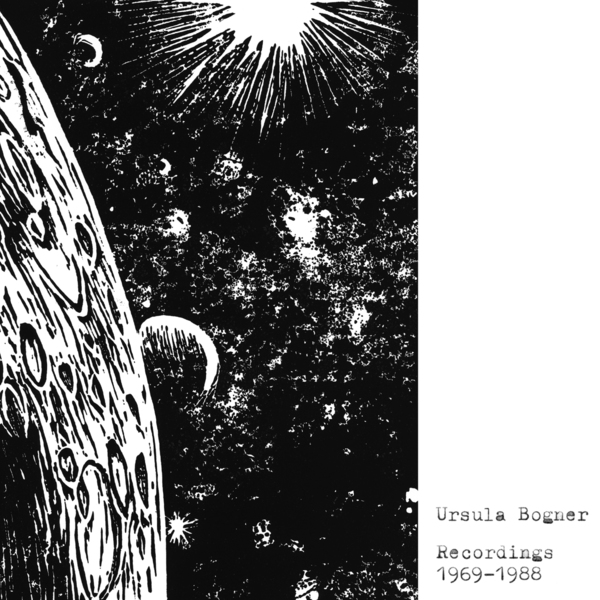 It seems almost incredible that Ursula Bogner’s musical talents should have remained undiscovered until now. Yet in view of her biography, this might have been just as inevitable.
It was on a flight to Vilnius that I met Sebastian Bogner, Ursula’s son, who told me he was on a business trip for a pharmaceutical company. The usual small talk soon led to the topic of his mother Ursula, who also ‘liked to play around with synthesizers’, albeit purely on an amateur level and in a dedicated music room fitted especially for this purpose in the parental home. Among her acquaintances, it was simply considered one of her many eccentric hobbies and not paid a great deal of interest. At a cursory glance, Ursula Bogner’s life seemed simple and bourgeois to the core: a pharmacist, wife and mother, firmly ensconced in a detached house. A setup that made her obsession with electronic music all the more bizarre, an obsession that drove her to build her own studio for extensive recording and experimentation. 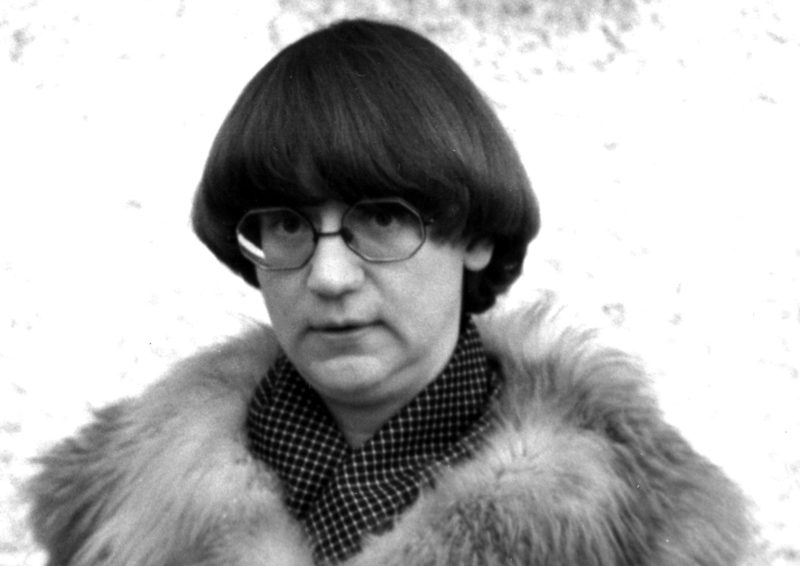 According to the usual chronological benchmarks, Ursula Bogner’s biography appears short and conventional: Born (*1946) and raised in Dortmund, she moved to Berlin at 19 to study pharmacy. Degree in hand, she immediately went to work for pharmaceutical giant Schering, followed by marriage, children and a successful yet by no means sensational scientific career within the multinational heavyweight. At the same time, she developed a keen interest in electronic music. Throughout her early twenties, she followed the activities of Cologne-based Studio für elektronische Musik, attended seminars by Studio founder Herbert Eimert, exhibited great enthusiasm for Musique Concrète and, later on, shared her children’s enthusiasm for British New Wave Pop. Nevertheless, Ursula Bogner never involved herself in any scene, never made her music public. Maybe this can be attributed to her boundless curiosity. Besides composition, she also tried her hand at painting, printing (the booklet features reproductions of two of her linocuts) and developed a strong fascination for Wilhelm Reich’s Orgonomy, the sexual researcher and psychoanalyst’s bizarre late work on his discovery of Orgonenergy. Reich aimed to focus resp. collect this particular type of solar energy and use it for healing purposes. To this end, he created an apparatus, a cabin of wood and metal otherwise known as an Orgon Accumulator. Inspired by several trips to Orgonon (Maine, USA) – Wilhelm Reich’s former workspace and home - Ursula Bogner decided to construct her own accumulator and stored it in the family’s backyard. At this point, it becomes increasingly hard to shake the suspicion, later confirmed by Sebastian Bogner, that his mother was drawn to all things esoteric. Mounds of New Age literature and fringe science works would litter the Bogner household. And yet, throughout all this, she remained a Schering employee and thus firmly rooted in the sciences. Her compositions, too, betray few signs of esotericism, in fact they are closer to studies and sketches: humorous and - in view of her biography - almost silly rather than tied to any particular school of mysticism or science. Nevertheless, it is remarkably hard to grasp or classify her work as a whole. Over the course of 20 years, she dabbled in many different styles leading to a huge wealth of work and a bewildering variety of titles. 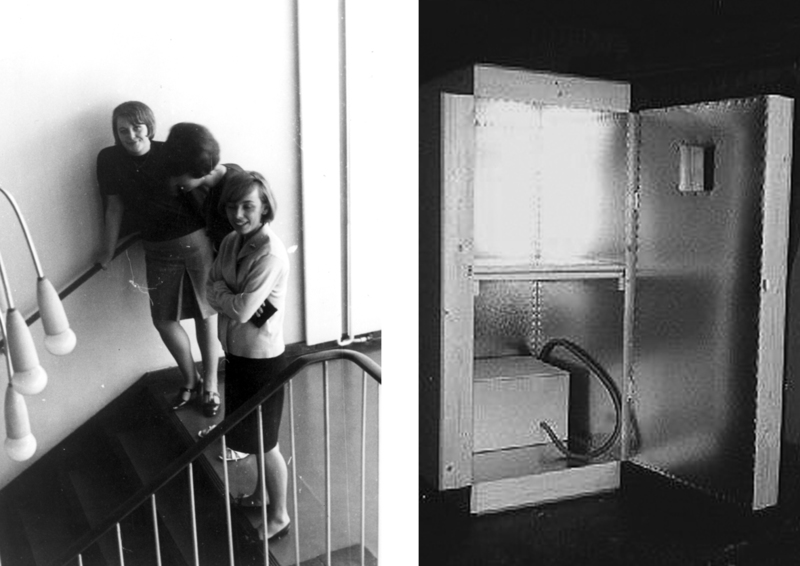 In the late 1960s, Ursula Bogner started to record her own music on reel-to-reel tapes. With some of these titles, we only found individual tracks of pieces recorded on a four-track-recorder – in these cases, I had to recombine the separate tracks to recreate the original piece. Unfortunately, I could not involve Ursula Bogner in the mixing process as she passed away in 1994. Invoking the original’s authenticity might seem insensitive, yet there was no other way to release them in their entirety. Ultimately, only three of the tracks featured on this CD/LP are such ‘reworkings’. All other titles were taken straight from the original reels. Covering a fairly short period of her creative career, they also convey a peculiar coherence in both form and content. A coherence that reflects her accessible, rhythmic and sometimes even ‘poppy’ side. Naturally, my own preference played a part in the selection process. All my personal favourites made it on the CD/LP, and whenever I listen to this collection, I invariably succumb to the titles’ light-hearted nonchalance. This might leave many hours of undiscovered gems, but a further compilation is already in the works.

My thanks go out to the Bogner family, especially Sebastian Bogner, who was generous enough to grant me access to the reels and supply me with invaluable insights into his mother’s life. I hope that listeners will enjoy the same exhilaration I experienced on discovery of Ursula Bogner’s music. 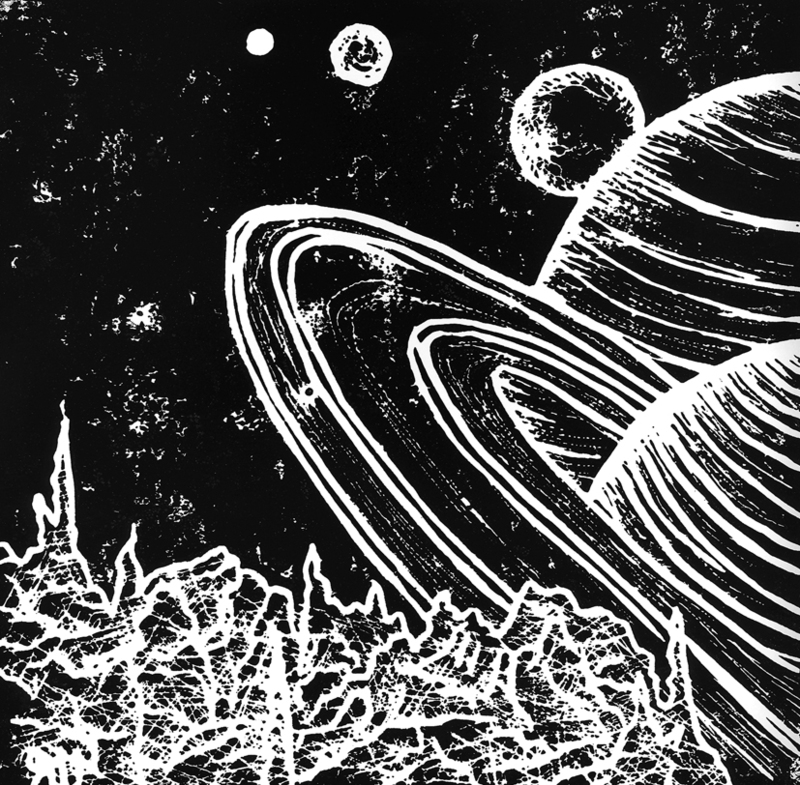 1. Begleitung für Tuba (1982)
The compilation starts with one of the titles that needed remixing as we only had the separate tracks. Here, artless filter modulations twist around a bass motif reminiscent of a tuba. Listen closely – can you think of a more elegant way to teach a tuba to swing?

2. Inversion (1978)
Obviously random modulations are cut down to loops that interlock, displace and replace each other. This might also ex- plain the title. Despite itʼs sketch-like character, ʻInversionʼ sounds accessible, almost celebratory - the opening soundtrack to an intergalactic gala.

3. Proto (1980)
One of my personal favourites. If we ignore the fact that ʻProtoʼ was recorded in 1980, it could almost be a pre-disco track. Or post-disco, for precisely this reason? Centred around a simple bass modulation feigning an arpeggio but equally at home as the backbone of a true disco anthem.

4. Metazoon (1979)
In this cubic layering of separate tracks, sounds seem to abrade one another instead of succumbing to the backing track of a rhythm machine. The result resembles an unbalanced hamster wheel attempting to steady its movements.

5. Momentaufnahme (1977)
A figure of fast-paced tonal sequences finds itself startled by dark dissonance, then retreats to an echo chamber where it yields to a high frequency signal. In its linear sequence, ʻMomentaufnahmeʼ resembles a scenic narrative.

6. 2 Ton (1984)
Another title that required re-mixing of individual tracks. Here, everything focusses on a bass line with a slightly shifting frequency spectrum, bolstered by a mantra-like two-tone melody slowly pushing to the fore. Everything sounds rather mechanical, like a faithful rendition of compositional directions encrypted in punch cards. Almost a New Wave track.

7. Speichen (1979)
Subtly shifting percussion cascades attempt an uneasy duet with a further rhythm track, the latter evidently not gener- ated by synthesizers. According to Sebastian Bogner, his mother liked to wire up tools with contact mikes. I assume that the second track features such a tool – whatever it might have been.

8. Modes (1985)
Modes, too, required mixing as the track was not available in its entirety. Mysterious flying objects make their cautious approach across a hostile sci-fi landscape. In line with these connotations, sound and arrangement seem very ʻclassicalʼ.

9. Atmosphäre 1 (1977)
It seems incredible that a whole 8 years lie between ‚Modesʻ and ‚Atmosphäre 1ʻ. Both titles draw on the same sound repertory. Akin to the previous association, we have mysterious flying objects accelerating on a dedicated fast lane. Lis- ten for the upshifting gears.

10. Punkte (1984)
Here, a true arpeggio bass and out-of-tune sine melody join in an unholy alliance: driving bass line meets with limited ap- proval as sine tones set out on a half-hearted melody. Despite all this, the result is sensationally catchy. If I worked for the recording industry, I would call this a hit.

11. Expansion (1979)
Composed in the same year, ‚Speichenʻ and ‚Expansionʻ display strong similarities. Again, we have a rhythmic pattern, stumbling downhill in sloping cascades and complemented by a nervous ʻthemeʼ seeking its purpose in an echo chamber. Incidentally, this is one of the few titles recorded with an echo effect.

12. Für Ulrich (1980)
In 1980, Ursula Bogner recorded a birthday track for her husband Ulrich. The characteristic tuba sound serves as an introduction to a Latin rhythm set. It all sounds very mysterious, yet unfortunately the reel came with no further annota- tions.

13. Pulsation (1969)
‚Pulsationʻ predates all other titles on this compilation. A term taken from microbiology, this was one of Wilhelm Reichʼs main fields of research. Reich often referred to the ʻrhythmicityʼ of primitive life.

14. Testlauf (1975)
A fast-paced synthesizer pulse finds itself transposed to a lower octave. In 1975, Ursula Bogner recorded countless such recordings. ʻTestlaufʼ only serves as a tiny glimpse of this particular aspect of her oeuvre.

15. Soloresonanzen (1988)
Recurring resonances are gradually compressed into an artic flurry. ʻSoloresonanzenʼ heralds a new, more minimal phase of Bognerʼs work. More on this, perhaps, on the next compilation.