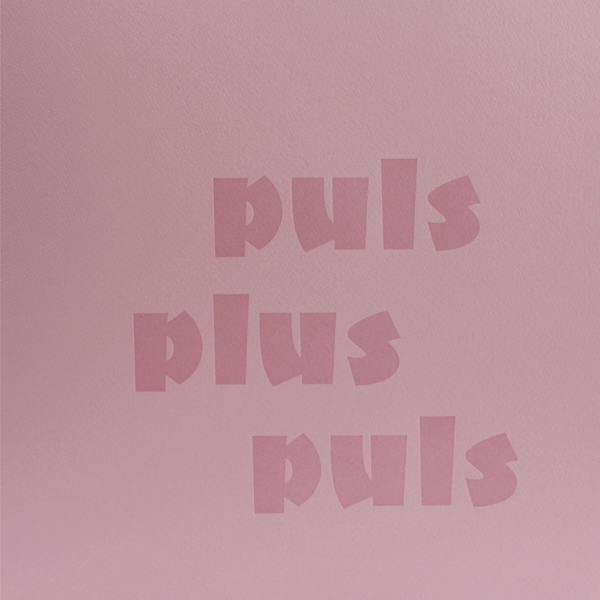 You can hit beats so that they betray an intention – through accentuation or emphasis. Or you can hit them so that they seem mechanical, devoid of intention, a pure pulse, as in much minimalist music. Both possibilities abound in different genres. But there is also a third one, and that is what Sven-Åke Johansson has concerned himself with again and again: to hit so as to produce one or several accents, or in any case traces of intention, and then to frame them by means of repetition and regularity so that the intention as such fades and appears as a regular, planned part of a now quasi-mechanical process. Hints at this can already be found on the solo album Schlingerland (1972), recorded at the peak of a general infatuation with free expression. In the case of swerving(schlingern) or indeed sinking in marshland or quicksand, the human actors’ intentional, purposeful movements do not stop, but they are unsuccessful and senseless. They turn out to be automatisms. A higher law of movement posits other physical conditions under which struggling does not help. Johansson hits beats in one direction, as though pretending he did not know that in the course of the piece they are subject to framing, to an interpretation that contradicts their vital role, their liveliness, their purposeful human nature – or at least puts them in quotation marks.

This release joins two projects, another solo record and a duet by Johansson and Jan Jelinek. In both cases the concern is with the anthropology of drumming, and in both cases it remains open whether coming closer to the machine is a goal or a trap – all the more so as, historically speaking, rhythm machines were originally developed in an effort to imitate humans. Whether the drummer mimics the machine or the machine mimics the drummer is no longer a question for cultural critique or estrangement theory: rhythmitised assembly on the factory line concerns only a minor part of today’s working world. More important is the animistic core question: Is the subject (drummer) contained in the beat or does he lose himself to the beat? Or does he follow an experimental setup that functions like a composition or a conceptualist experiment, that allows for both, considers both? 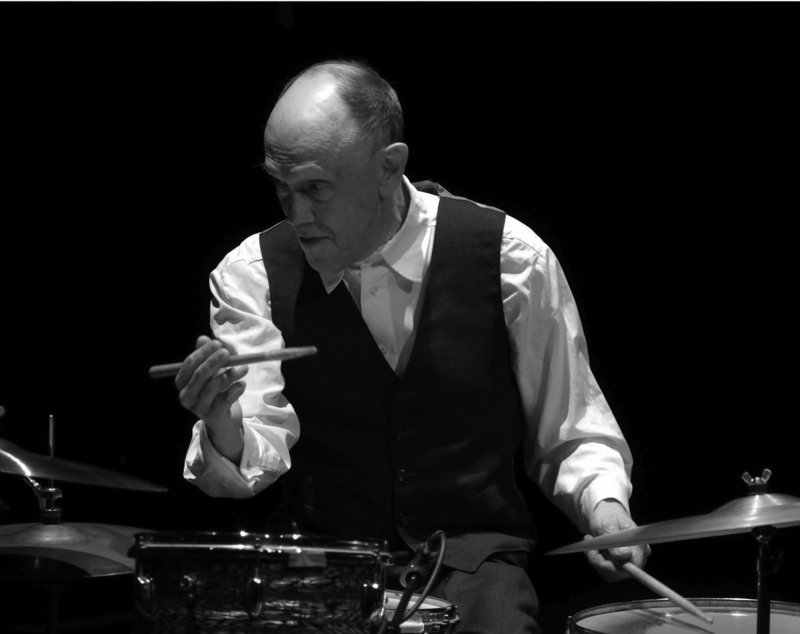 Now it makes sense that Jelinek should be in charge of the second part of this research. For at least two decades, he has been working on the tension between machine-generated repetition (loops) and difference which, as we know from either Gilles Deleuze or dancing, is generated within us by every external repetition when it is marked: when something stays the same, everything around it changes, albeit only minimally so. It is this – often microscopically small – becoming-different from everything else for which Jelinek makes room beside, above and against the loops he uses. This is why it is not quite right to say that he is merely providing the mechanical counterpart to Johansson’s humanity here: the tension of the project lies not only in the fact that it does not merely play with tedious dichotomies (man/machine), but also that it does not simply solve them dialectically (the machine is actually human, man is actually a machine) and rather transcends this problem to address the other question, the question of presence.

Presence in many ways. Beats in time, countable beats are the original material of every symbolic order: gone/there, absence/presence [in the sense of the Freudian fort/da game]. There are moments when Johansson’s play- ing in puls plus puls hardly differs from his solo playing, but the question of presence in the playing is addressed in a wholly different manner. While in the solo one has the impression that he is playing himself out of the playing, in the duet one gains the sense that he is massively present. Not by contrasting with the electronic sounds and beats, but because they in turn seem so massively alive. What makes this impression stand out so markedly in both contributions is merely the difference between the two – not the difference in relation to a particular property of the sound produced or the persons involved. Drums often serve the ritual loss of self, they seem to know ways of disappearing. But when they exist as a difference to something, they are occupied by subjects. Here, nothing swerves anymore, even if it were to do so objectively; everywhere are active subjects taking decisions. How do you say? It’s a blast. 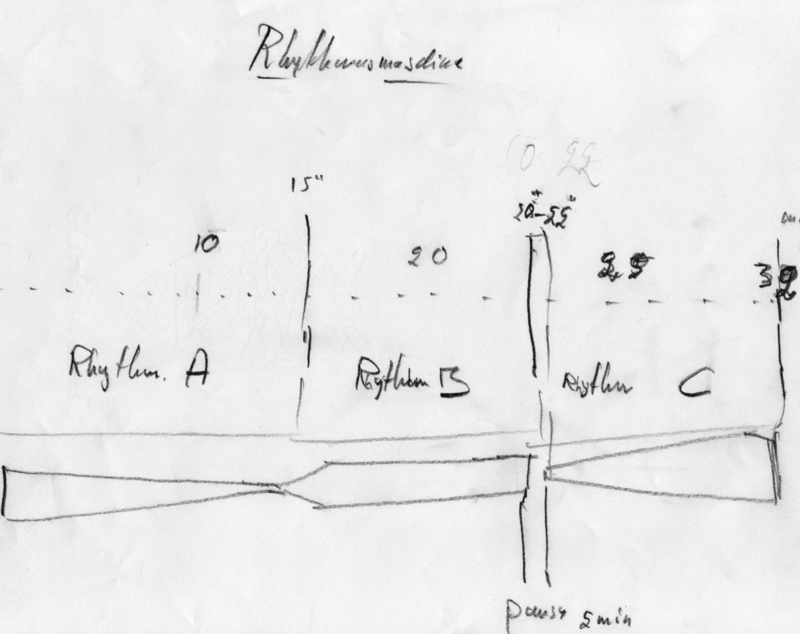 But this blast, this drumming and programming with its potential to energise a crowd, is surprisingly close to losing oneself, to merging with an archaic grammar of gone and there, and carries more than just a social aspect (the obvious presence of two different grammars suggests two living people, only they can be qualified as different). This other aspect is tactility. When the sense of loss of self, the impression of trance, makes listeners switch from a committed to a contemplative mode, the emphasis quickly shifts from the time values of the beats and their accuracy to the materiality of that which is hit, in other words, that which is made to resonate. The question is no longer whether I can hear the drummer-subject in the beat or his disappearance in accuracy but whether I hear the touching drumstick or the touched cymbal.

After the loss of self, after the merging with the experimental arrangement (or the swerving) thus comes the benefit of touch. This means that what we had at a macro level in the duet is shifting to the micro level: things are enlivened by the duet, by the recognisable difference between two productions of sound or the recognisable difference between the active and the passive side of hitting and touching. Releasing these two recordings together means that the commonality of two differences is emphasised as a difference. These are two great records, you can listen to each on its own and make the experiences described here. Or completely different ones. But you can explore their relationship and find on both fundamental aspects that are here touched upon in passing by the drumstick. 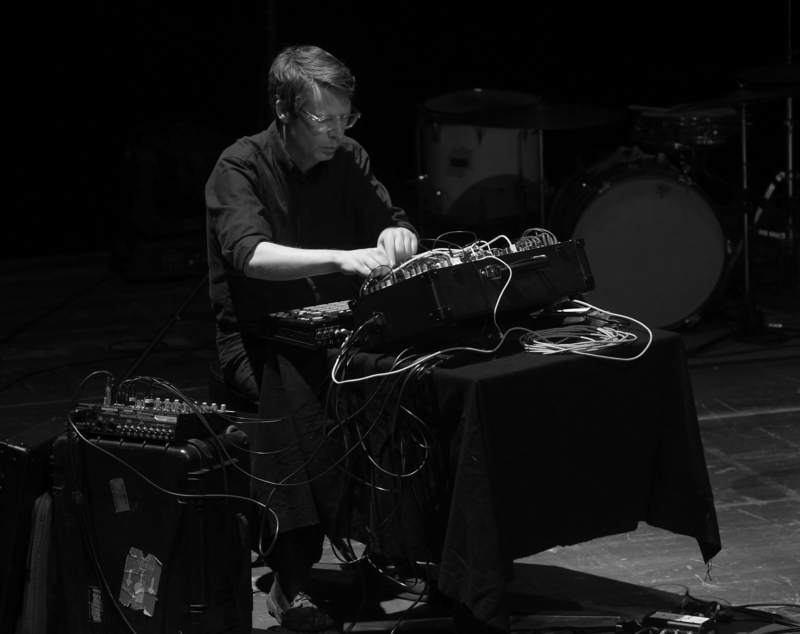